The foreign language teaching conference 2021 (ICETL) is a premier academic conference that will bring together academics, researchers, and scholars. Three days of learning, networking, and exploring solutions to common challenges.

Designed to address the most pressing needs of professionals in the field, this foreign language teaching conference 2021 will cover such topics as child and family education, e-learning, machine learning, education theory and practice, and numerous others.

ICETL is supported and has been endorsed by many universities, organizations, and scientific communities throughout the world. While the previous series of ICETL took place in Sorbonne Université, Châteauform’ College République and Sapienza Università di Roma.this edition will be hosted by Corvinus University of Budapest– the Hungarian ideal starting point to meeting  for their commitment to excellence.

How you can benefit from ICETL 2021

This premier platform provides you with a unique opportunity to present your latest research findings to the engaged community of educators. Please note that due to the limited number of presentation slots, we strongly encourage early submission. Send your abstract

Apply to present a poster at the education research conferences 2021. Facilitate learning and gather valuable feedback from your peers on an international scale. Poster format

DO A VIRTUAL PRESENTATION

If your schedule doesn’t allow you to join the FLT conference 2021, but you are eager to share your research findings with your peers, apply to do a virtual presentation.View more information

Thought leaders and influencers of the field will present and attend this FLT conference 2021. Don’t miss out on the chance to exchange ideas and learn from your peers. See conference topics

We will host a free tour for the teaching conference 2021 participants of the conference around one of the most beautiful and historical cities in the world – Budapest. Indulge yourself in the exquisite architecture, food, and culture of this vibrant city. More about Budapest

Apply to get your paper published

The 3rd International Conference on Research in Education, Teaching and Learning presents a unique opportunity publish your research findings and share it with thousands of peers, students, faculty members, and other members of the academia around the world.

Budapest, city, capital of Hungary, and seat of Pest megye (county). The city is the political, administrative, industrial, and commercial centre of Hungary. The site has been continuously settled since prehistoric times and is now the home of about one-fifth of the country’s population.
Once called the “Queen of the Danube,” Budapest has long been the focal point of the nation and a lively cultural centre. The city straddles the Danube (Hungarian: Duna) River in the magnificent natural setting where the hills of western Hungary meet the plains stretching to the east and south. It consists of two parts, Buda and Pest, which are situated on opposite sides of the river and connected by a series of bridges.
Budapest has architecturally noteworthy buildings in a wide range of styles and from distinct time periods, from the ancient times as Roman City of Aquincum in Óbuda (District III), which dates to around 89 AD, to the most modern Palace of Arts, the contemporary arts museum and concert hall.

We look forward to see you all on March 19 to 21 in lively Budapest. 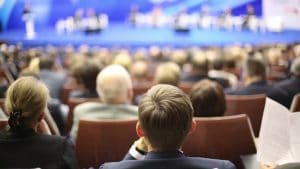